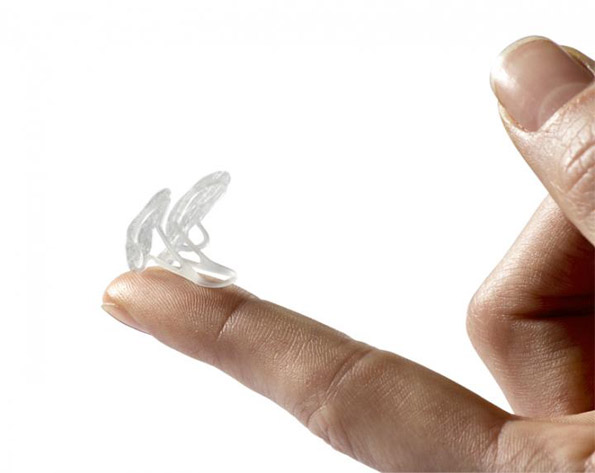 Use of a mini filter prevents pollen inhalation and results in significantly fewer symptoms such as sneezing, watery eyes and drowsiness

Aarhus, Denmark (June 9, 2015) – Getting through the pollen season can now become easier for some of the approximately 500 million people worldwide who suffer from sneezing and a runny nose, watery eyes and drowsiness during the allergy season (seasonal allergic rhinitis).  This is indicated by a controlled trial carried out by researchers from Aarhus University. The trial, which took place over two days, included 65 people with grass pollen allergies who were not receiving any medical treatment at that time. They were either equipped with a nasal filter or a placebo device.

The conclusion was that the filter was significantly more effective than the placebo – especially when it was used preventively:

"The nasal filter more than halved a number of the most common symptoms such as sneezing, runny nose and watery eyes. And when participants initiated use of the filters before symptom onset, the effects were even more pronounced, which we see as an indication of the nasal filter’s preventive effect," says professor Torben Sigsgaard from Aarhus University.

Up to one hundred per cent effective

Among the test subjects who initiated use of the filters before symptom onset, the study showed that e.g. sneezing and watery eyes were reduced by 100 per cent over the whole day, while runny noses were decreased by 84 per cent compared to the placebo. These symptom reductions when using nasal filters were greater than what had been shown in similar park studies regarding medical treatments.

"Moreover, the subjects with nasal filters did not feel worse, even though the pollen levels on day two were markedly higher than those on day one. This suggests that the nasal filters will become increasingly beneficial as pollen levels increase," says the inventor of the filter, MD-PhD student Peter Sinkjaer Kenney from Aarhus University.

Another significant result is that the nasal filters appeared to reduce drowsiness with more than 50 per cent compared to the placebo:

"This is interesting because drowsiness is a well-known side-effect of some of the most frequently used antihistamines, and for some, having allergy can in itself result in tiredness. So for some allergy sufferers, this could perhaps turn out to be the most important benefit of the filter," says Torben Sigsgaard.

In addition, the researchers are working on publishing the results of a large usability study with 1,073 participants, where a significant share of the participants found the filter to be sufficiently comfortable to be used daily during the hay fever season. This study was also presented at the congress in Barcelona.

IMAGE: The Danish nasal filter is similar in size to a pair of contact lenses and it is placed in both nostrils. The nasal filter prevents inhalation of allergens — including grass pollen, which is one of the most frequent causes of outdoor allergies. Credit: Peter Sinkjaer Kenney