Berlin (20. September 2008) – H. M. was diagnosed with epilepsy at the age of two, but she has never let it stop her. She has studied in Canada, Mexico, and Spain, and is currently studying law. Her experiences taught her to stop wondering about the “Why’s” in her life and to instead focus on the “How’s.” Instead of wondering why she had epilepsy, she became determined to find out how to make the best of it. She quickly realized that everyone has their own unique problems, and epilepsy just happened to be hers. Armed with this new practical approach, Hanna set out to educate herself on her condition so that she could minimize its effect on her life as much as possible. One of H.’s key realizations was the importance of having a good relationship with an epileptologist or a neurologist specializing in epilepsy. For her, it was incredibly valuable to have a specialist who could explain and treat her specific case. 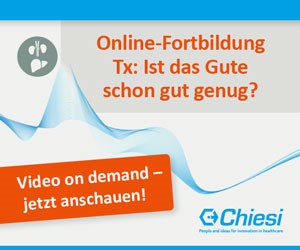 Having educated herself on her own “problem,” H. has learned to set her boundaries and live her life to its fullest. She enjoys playing tennis with her father, road trips in her car, and is always looking forward to her next adventure. As a member of the UCB Epilepsy Ambassador program, H. shares her personal experience to build further awareness and understanding on living well with epilepsy.