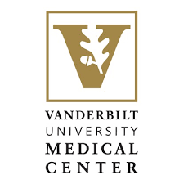 Nashville, Tennessee, USA (February 2, 2021) — Sedative medications used in intensive care are associated with increased delirium, which is in turn connected with higher medical costs and greater risk of death and ICU-related dementia.

A study published today in the New England Journal of Medicine provides the most definitive evidence to date that, of the two drugs recommended for light sedation of patients receiving mechanical ventilation in the ICU, one is as effective and safe as the other.

Mechanical ventilation is a life-saving intervention often involving a breathing tube inserted in the patient’s windpipe, typically entailing light sedation to quell the attendant discomfort, anxiety and psychological stress. Several studies have sought evidence of which sedative is best for this purpose. Two sedatives are currently recommended, dexmedetomidine or propofol.

The new study, a double-blinded, randomized-controlled trial led by researchers at Vanderbilt University Medical Center, enrolled 422 mechanically ventilated adults at 13 U.S. medical centers. As patients were placed on ventilators, roughly half were lightly sedated with dexmedetomidine, the other half with propofol. The patients all had sepsis, an extreme and dangerous bodily reaction to infection.

During the 14 days from the start of mechanical ventilation, the median total days alive without delirium or coma was 10.7 in the dexmedetomidine group, 10.8 in the propofol group.

During the 28 days from the start of ventilation, the median ventilator-free days was 23.7 in the dexmedetomidine group, 24.0 in the propofol group.

The median cognitive status score at six months was 40.9 in the dexmedetomidine group, 41.4 in the propofol group. (In both drug groups, at six months following their illness, approximately one in four patients appeared to exhibit clinically important cognitive dysfunction, with cognitive scores two standard deviations below population norms.)

„For this critical care application, statistically speaking, there’s nothing in our results to distinguish the safety and patient outcome profiles of these two drugs,“ Pandharipande said.

Dexmedetomidine, which is a newer sedative drug, might have been expected to support better patient outcomes, because, in comparison to certain other sedatives used in critically ill patients, it’s known to provide advantages such as better sleep and better anti-inflammatory properties. The new results, however, bear out less rigorous trials that found no major outcome benefits with the newer drug.

„Our findings […] strongly reinforce current guidelines recommending either dexmedetomidine or propofol use for light sedation when continuous sedation is needed for adults requiring mechanical ventilation, with or without sepsis,“ the authors write.

„This multi-center, randomized clinical trial answers an important clinical question in critical care,“ said Lora Reineck, MD, MS, program director of the acute lung injury and critical care program at the National Heart, Lung, and Blood Institute. „We now know that the choice of dexmedetomidine versus propofol does not alter outcomes for patients with sepsis on ventilators in a critical care setting.“

Pandharipande and Hughes were joined in the study by 24 other researchers from VUMC and 38 researchers from other institutions. The study was supported by a grant from the National Institutes of Health (HL111111).